Mimosa is located just 700 metres from Kotor City at the entrance of a small village called Muo which lies between Kotor City and Prjanc. It is on the water’s edge just past the Muo sign on the left; before the Police Station. To check where Mimosa is and approximately how far it is from your departure point see Maps

The closest international airport to Mimosa is Tivat, 9 kilometres away. Podgorica, the capital of Montenegro, also has an international airport and is about a one to two-hour drive from Mimosa dependent on traffic. Cilipi airport in Dubrovnik in Croatia is about 90 kilometres from Kotor, about a one and a half hour drive, dependent on traffic (in summer reckon on up to 3 hours with border delays). Flights to Dubrovnik can be cheaper and more frequent than to Tivat, however, be aware that Dubrovnik apartments and rooms have been known to have bedbugs so please be careful where you stay. See below for transport from Dubrovnik to Kotor.

Flights from the UK

Air Serbia have regional services throughout Europe. Montenegro Airlines fly from Podgorica to Budapest, Frankfurt and Zurich. Other airlines like Lufthansa and Aeroflot fly to Belgrade and Austrian Airlines, Swiss International Air Lines, Adria Airlines, British Airways and Turkish Airlines fly into Prishtina. Flights take approximately 2 hours 40 minutes from London to Tivat or Podgorica and about 2 hours to Dubrovnik in Croatia. Montenegro Airlines and Air Serbia operates scheduled flights to the two international airports while a number of other companies organise charter flights flights to Podgorica, Tivat and Dubrovnik during the tourist season. Try Sky Europe from Luton London or Just the flight or Skyscanner. For last minutes google search on cheap flights tivat or cheap flights dubrovnik or see Flights Uncovered or German Wings. If flying during the summer high season, make sure to book the flight well in advance, as they sell out quickly. Also see TuiFly.

Flights from the Netherlands

From Charter Flights (seasonal) from Hannover, Cologne or Dusseldorf to Tivat or Dubrovnik see

Unlike further along Kotor Bay, there is generally not a shortage of parking immediately outside Mimosa so you can park directly outside the apartment. Note that it is required to use headlights 24 hours a day in Montenegro. Speed limits are 80km per hour on the open road, unless signed otherwise, and 50km per hour in the built up areas. Use of safety belts is compulsory and use of cellphones/mobiles while driving is prohibited. Signposts used in Montenegro are almost identical to those used in EU countries.

If you fly from Dubrovnik and rent a car make sure you get authorisation to cross the border to Montenegro.

Eurolines (Lasta) buses travel from just about everywhere but only go to Croatia or Serbia at this stage. Check Eurolines for more information.

Taxis from Dubrovnik to Kotor

Most taxi services to and from Kotor and Dubrovnik are quite pricy and services from Dubrovnik to Kotor are more expensive than if arranged from the Montengrin side of the border. Anka, Mimosa’s manageress, can arrange pick ups from Dubrovnik for Euro 70 (and drop offs for the same price). Please contact Anka directly directly for rates.

For other agencies, check that the Montenegrin taxi driver will not have a problem entering Croatia with fare-paying passengers, although it is apparently acceptable for a Croatian Taxi driver to enter Montenegro with clients. Taxi and Transportation Service in Dubrovnik offer taxi rides from and to Dubrovnik and Kotor. Their contact number is +385 (0) 98 725 769 or e-mail them on info@taxiservicedubrovnik.com. The cost of a pre-booked taxi between Dubrovnik airport and Kotor is about Euro 100 one way.

If travelling from Dubrovnik airport you will first need to catch a bus to the Main Station in Dubrovnik, 17 km away. Travel time is about 30 minutes. From Dubrovnik city it will take about 1,5 hours to travel to Kotor. There are 2 daily buses from Dubrovnik Main station (Porto Gruz) to Ulcinj, via Kotor, Budva, Bar, etc. Departure times from Dubrovnik Main Station to Kotor are 7:00 and 10:30 am (from Gate No 3). There is also an evening bus from Dubrovnik bus station 3 days a week at 20.30 on Mondays, Wednesdays and Saturdays. The fare is about 100/120 Kuna single (about 15 euro; 1 Euro being about 7.7 Kunas). Children under 6 get a 25% discount. Beware that in summer the busses can be full so booking in advance is advised. Luggage is carried in the hold and you can pay the driver as you board, either Euros or Kunas. The bus stops on the border and in Kotor and continues onto Ulcinj via Budva and Bar. It doesn’t takes the ferry but goes around Kotor Bay and takes about 2 and a half hours to Kotor (lovely scenery on the way, especially if you can get a seat on the right side of the bus, i.e. not behind the driver) depending on traffic.
There is also a bus at 9.30 and 3.30 p.m. every day from Dubrovnik to Herceg Novi. These busses generally stop if you wave them down at the airport or you can take them from Dubrovnik Porto Gruz bus station. Companies are Globtour, Autoboka, and Atlas (usually written on the bus). Costs from Dubrovnik bus station to Herceg Novi is Euro 9 and an extra Euro 1 for every piece of luggage in the hold. There is a connecting bus at Herceg Novi to Kotor (Euro 2 p.p. excluding luggage) and a bus every hour till about 21.00 if you wish to stop over in Herceg Novi. See Rome2Rio  for more information on busses from Dubrovnik to Kotor.

The return trip bus from Kotor departs 7.10am (Monday, Wednesday and Saturday), 8.30am, and 15.00 from Kotor bus station. Busses from Kotor to Herceg Novi leave around every 50 minutes from 5.50am till 21.20. However, there are only 2 to 3 connecting busses per day from Herceg Novi to Dubrovnik.

During summer season many private mini buses transport tourists to all desired destinations.

Regular ferries operate to and from Italy’s Adriatic coast on the following routes from Bari and Ancona to Kotor (once a week in summer), Bar and Dubrovnik:

See Montenegro Travel for the Montenegro International Yachting guide for entry (and customs) to Montenegro by private boat.

Trains are cheaper than buses but slower. As in many countries in the region, the slowest trains are very slow indeed, so look for express services where possible. The scheduled journey time is about eight hours but the line has a reputation for delays. When built, it took a train approximately 7 hours to go from Belgrade and Bar, while now it usually takes over 10 hours, due to speed restrictions, as the railway cannot safely sustain the projected speeds prior to thorough reconstruction. Four daily trains, two of which run overnight, run from Belgrade to Bar (one of the overnight trains starts at Subotica on the Hungarian border). There are also several slow local trains along segments of the line – these can be very crowded, and sometimes the carriages are in pretty bad condition. Although international lines are generally safe (the usual precautions are advised), train travel should be undertaken with care, as assaults and robberies of tourists have been reported.

Opened in 1976, the route was a great feat of engineering – a quarter of its length consists of bridges and tunnels. The first stretch – leaving from Belgrade – is rather dull, but after Valjevo the line enters a landscape of gentle green hills, followed by the rounded mountains and isolated villages of the Zlatibor region. After passing through Bosnia for a few kilometres the track runs alongside the Lim River through southern Serbia and northern Montenegro. Although the Adriatic is not far away, the waters of the Lim ultimately make their way via the Danube to the distant Black Sea. Beyond the line’s highest point at Kola?in the scenery becomes even more dramatic, with glimpses of the Moraca River in a gorge far below the track. A side canyon is crossed by means of one of the highest railway viaducts in the world, nearly 200 metres above the Mala Rijeka River. After Podgorica the line runs alongside Skadar Lake before plunging into one last tunnel and reaching a rather anti-climactic end in the outskirts of Bar. The Belgrade-Bar railway is a railway connecting the Serbian capital of Belgrade with the town of Bar, the main seaport in Montenegro.

It is also possible to put your car on the train and travel this way can be cheaper than driving. For a car and 3 passengers with a sleeper from Bar to Novi Sad the costs are just over Euro 100. If you want to travel along the Montenegrin coast, or visit Kosovo or Durmitor, you’ll have to catch a bus. Travelling overnight on the train or bus is one way to overcome a shortage of decent affordable accommodation.

Travel from Belgrade Airport to Belgrade is 15 km, and you can then travel from Belgrade to Novi Sad by bus or train. Duration in hours is 1.15 by bus, using line via highway, and 2 hours by train. There is a bus every half an hour to Novi Sad from Belgrade which is faster and easier and costs 400 – 450 dinars (5,5 euros). By train is even cheaper 180 dinars (2 euros), but you need two hours. There is also the possibility of booking a taxi which will wait for you at the airport and costs 4.000 dinars (50 euros) will take you to Novi Sad directly, wherever you want. Trains link Belgrade directly to Athens, Bucharest, Budapest, Istanbul, Ljubljana, Munich, Skopje, Sofia, Thessaloniki, Vienna, and Zagreb. Train travel in this area is generally cheap and it is possible to take a train to (and from) Novi Sad / Belgrade to Bar (close to Kotor). 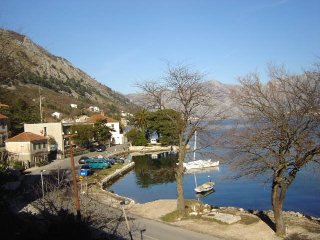 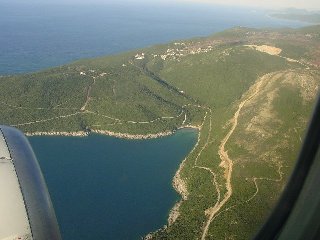